ökocat in the New York Times

, a new brand of natural cat litter, to the market. As that campaign is about to launch, we were super excited to be covered by Stuart Elliot in this morning's New York Times.

If you don't have a subscription and can't access the Times, I've pasted the story below...

The Top Cat in These Ads Has an Attitude

There is a veritable Noah’s ark of animals serving as pitchbeasts for Madison Avenue, particularly in the pet products category. But a character that represents a new line of cat litter is turning the conventions of spokescritters inside out. Instead of an animal with human qualities, the character is a human with animal qualities.

The character, named Rufus, is helping to introduce Ökocat, a line of natural cat litter from Healthy Pet, a company that specializes in what are known as alternative pet-care products. Among the other brand names under the banner of Healthy Pet, which was acquired last year by a German firm, J. Rettenmaier & Söhne, are CareFresh, Critter Care, Healthy Pet and Simply Pine.

In humorous video clips that are to begin running next month as online commercials, Rufus is portrayed a comedian, Ross Bryant, who wears a cheesy-looking cat suit that makes no effort to disguise that he is a man pretending to be a cat. To underline the jokey nature of the impersonation, Mr. Bryant wears a pair of nerd glasses and speaks like a sardonic millennial.

The tone and approach of the campaign is meant to appeal to cat owners who prefer natural products deemed to be more environmentally friendly than mainstream brands sold by pet-care behemoths. Ökocat, which is made with wood or paper rather than clay, is billed as “eco-friendly,” and Ökocat “in German means ‘eco-cat,'” says Samuel Cohen, vice president for marketing and sales at Healthy Pet in Ferndale, Wash.

The campaign is being created by Traction in San Francisco, which was hired by Healthy Pet in July to become the company’s agency of record, handling creative and media tasks. Plans call for the Ökocat campaign — which will also include banner ads as well as ads on social media platforms like Facebook and Twitter — to be followed by ads from Traction for other products sold by Healthy Pet.

Healthy Pet “has been in the cat litter business for years and years,” Mr. Cohen says, but with “much more of a manufacturing mentality.”

Ökocat is “part of an emerging class” of products “competing with ‘conventional’ cat litter” brands like Fresh Step and Tidy Cats, Mr. Cohen says; the other alternative brands include, in addition to Simply Pine, Feline Pine, sold by Church & Dwight; Swheat Scoop, made with wheat fibers, hence the name; and World’s Best.

Natural kitty litters sell at prices that are about 30 to 50 percent higher than kitty litters made with clay, according to Mr. Cohen. A box of Ökocat, weighing seven or eight pounds, is to retail for $8.99 to $9.99, he says.

Mr. Cohen likened the growing category to the natural segment of the cleaning products market, which is composed of brands sold by Method and Seventh Generation that compete against established brands from firms like S. C. Johnson and Procter & Gamble. He estimates that alternative brands account for 10 percent of the cat litter bought by American cat owners.

Research indicates that for another 12 percent of cat owners, “alternative is in their consideration set,” Mr. Cohen says, which “tells us the business can double” if the alternative products get advertising and marketing support.

“Our goal is that we want Rufus to be a known character,” he adds, “an equity device” that will build awareness for the Ökocat brand name.

And because “we’re a pet products company that’s passionate about the pet,” Mr. Cohen says, the idea was to present “advertising from the cat’s perspective” rather than from the owner’s perspective, focused on odor and household cleanliness, which is the usual approach for conventional brands.

Taking a humorous approach with a character that is obviously a man dressed in a cat costume is to generate “audience engagement,” he says, adding, “Entertainment is the sugar you put the medicine — the selling message — in.”

“Making him a little bit edgy sends the message this is a different kind of product,” Mr. Cohen says, and fits for the alternative cat litter category, which “skews a bit younger” than the traditional cat litter market.

Rufus is to be introduced in a long-form video that runs more than three minutes, which will be accompanied by four shorter online commercials, in 15- and 30-second lengths, one for each variety of Ökocat.

In the long clip, Mr. Bryant wanders around a house and a backyard in the cat suit, acting out a cat’s mischievous antics and self-possession with behavior that is part feline and part self-absorbed millennial. He makes Morris, the finicky cat that is the brand mascot for 9 Lives cat food, seem like a feline version of Mother Teresa.

For instance, the long clip starts with Rufus looking at his smartphone. After telling the viewer, “You interrupted my morning me-time,” Rufus takes a sip from a cup and drops it on the kitchen floor, where it shatters.

“It’s bad enough we have to do our business in a tiny box in the closet as if it was something shameful,” Mr. Bryant says. “The least you could do is get us Ökocat litter from Healthy Pet. It’s made from all-natural plant fibers with no chemical additives.”

The script deftly mixes the sales spiel with moments that wink at the audience. When Mr. Bryant describes how Okocat offers benefits like “seven-day odor control,” he ends the list dismissively with “Blah, blah, blah, blah, blah.” And at one point Rufus walks past a real cat, sitting in a litter box and reading a book titled “How to Train Your Human.”

In one of the 15-second videos, Rufus is perched atop a sofa, using his tail to stroke his napping owner.

“So you’re really not worried about your cat spreading nasty germs from the litter box?” Mr. Bryant asks archly, then whispers:

“Me neither. Shhhh.” The commercial ends with him calling Ökocat “nature’s antibacterial gift to you and your cat.”

In another 15-second video, Rufus, wearing a gas mask, emerges from a room, hurriedly closing the door, as the sound of a flushing toilet is heard.

“Do not go in there,” Mr. Bryant says, adding: “I don’t know what that was. That wasn’t a No. 2; that was a No. 3.” The commercial ends with him describing Ökocat as “nature’s odor-free gift to you and your cat.”

At Traction, those working on the campaign include the two executives who founded the agency in 2001 — Adam Kleinberg, chief executive, and Theo Fanning, executive creative director — and Abe Snyder, media director.

“Looking at the category, there was very standard c.p.g. creative,” Mr. Kleinberg says, using the shorthand for consumer packaged goods. He summarizes the typical format this way: “Here’s your household problem. Here’s your solution. Everyone smiles.”

“We wanted to break the mold and do something that would entertain people,” Mr. Kleinberg says, creating “content that people actually want to consume,” which increases the chances that it will be shared with friends and family.

“In creating this character, this spokescat Rufus, we’re borrowing from the days of old,” he adds, but giving the tactic a twist in that Rufus “reflects the user-centric world we live in today” because “he represents the user” of cat litter “instead of being a mascot.”

“We had a hysterical debate: ‘Should the cat be a sassy cat from “Cats” or a hipster?'” Mr. Kleinberg recalls. Making Rufus a millennial guy in a cat suit will appeal to an audience that is not only the brand’s current target, he adds, but also “the audience of the future in building the brand.”

The videos are to run as pre-roll — commercials served up before clips — on websites like BuzzFeed, SheKnows and YouTube, Mr. Kleinberg says, along with websites that are part of networks like Triple Lift and YuMe.

, is scheduled to go live in about two weeks, and visitors will be able to watch the videos “on a campaign landing page,” he adds.

To generate viewership for the online commercials, there will also be sponsored posts on Facebook and promoted tweets on Twitter, along with search ads on amazon.com.

Conventional cat litter brands spend about $7 million to $15 million each year on advertising. The alternative products typically spend more modestly, in keeping with the smaller size of their market share as well as their parent firms. Healthy Cat is likely to spend $1 million to $2 million on ads for Ökocat between now and the end of the year.

“We see digital as a great way to test and learn for the next six to 12 months,” Mr. Cohen says. “You’re learning in real time and still building awareness.”

The goal would be to “graduate to TV” in 2015 or 2016, he adds, with “a budget that’s more competitive” with what the mainstream marketers spend on ads for their conventional cat litter brands. 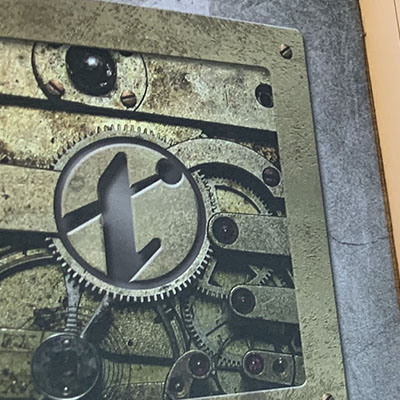 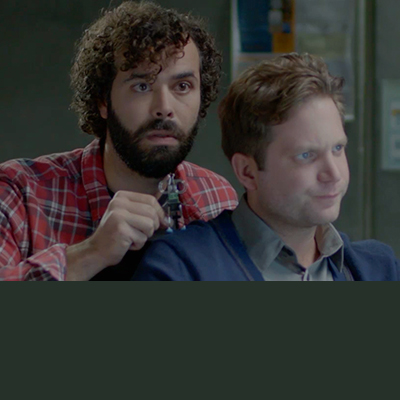 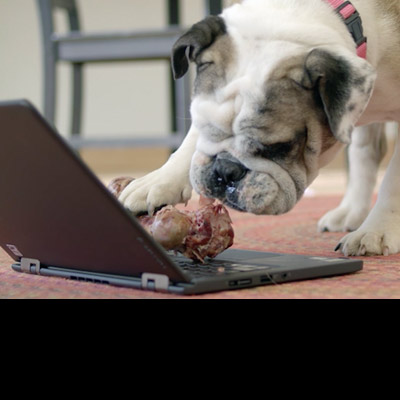